​Rollin M. Severance developed the first ground rotary files and went on to invent the ground-from-solid, after hardening tools he called them Midget Mills®, which has precision ground tooth structures and accuracy. While it looks like a rotary file, it cuts with all the sharpness and sureness of milling cutters used on large machine tools. Where early rotary files merely rubbed the metal away, Midget Mills® cut tiny chips and they found use in many manufacturing applications.

In 1934 Severance Cutters found their way into Aeronautical Plants, and in the same year Severance cutters were presented at a conference of Body Engineers and they were rapidly adopted into the leading Body plants. For improvement in the manufacturing of his new tools, Mr. Severance developed and patented a new Precision Spindle for grinding wheels, an improved grinding wheel mounting system and a bearing pre-load and adjustment system for spindles.

In 1939 Severance Tool moved to their present facility in Saginaw, Michigan and all new tool production was consolidated into this plant. During this time Severance Tool started a sister company of regrind centers located close to the major aircraft manufacturing that resharpened Severance Tools. In later years as transportation improved, these Resharpening centers were closed, and all operations moved back to our Saginaw, Michigan expanded plant and headquarters. Severance Tool has continued to develop tools to improve part finishing, reduce chatter, and improve production of ship building, weapon production, transportation, medical, appliance, airframe, and more.

His deep seated belief that full utilization of Man's personal gifts is a part of God's purpose, led him to build a business on honesty, integrity, quality, and service. As the use of his new tools increased, he added more styles and shapes that previously were not able to be made. He next developed and patented the Combination Inside and Outside Tube Deburring Cutters, followed by the Six Flute Chatterless Countersink™, Chatterless Ball Seat Reamers™, and the Flute Chatter-Free™ Countersink.

Severance Tool does a wide variety of altered standards and made to print special cutters. Our Engineering staff will assist you with your cutting tool or part finishing problem. See many examples throughout this new catalog. We also have a staff of specialists on hand for the many types of regrinding operations of our tools.

Contact us regarding the savings of having tools reground. The sons of Rollin Severance and our employees continue the tradition of innovation, quality, and service. We thank you for your business. We are the originators, we have been copied but not surpassed. 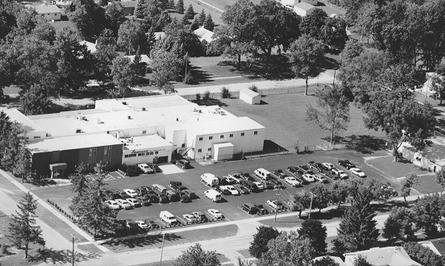 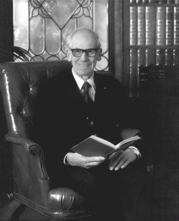 Severance Tool  - A History of Innovation